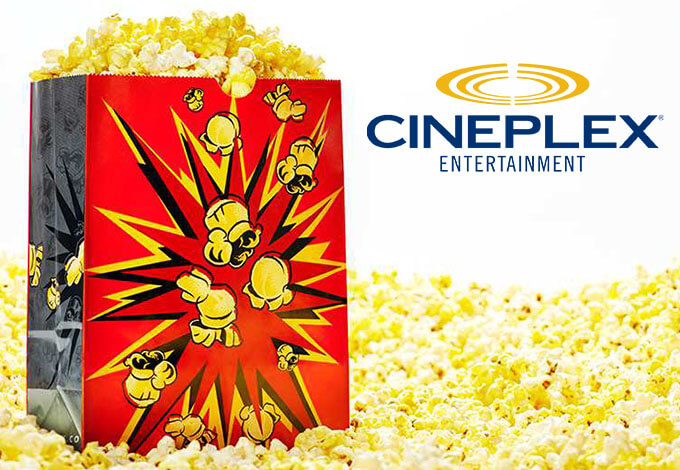 Cineplex is Canada’s most popular cinema chains. They’re a fan favourite due to the delicious choice of food and popcorn at their concessions stand. Find all the Cineplex food prices below.

Here are the Cineplex food prices:

One of the main reasons the Cineplex popcorn prices are so high is because that’s where most of their profit comes from. Traditionally, movie theaters have always made very little money on the sale of movie tickets themselves (producers and distribution companies take a massive share).

In turn, cinema chains were forced to seek out profits in other areas of their business, and they’ve chosen popcorn and snacks to make up for it. It’s not only Cineplex that operate on this model – just have a look at the AMC popcorn prices in America, also quite highly priced for a standard movie snack.

Another reason that all the Cineplex concession prices you see above don’t go down, is because people continue to buy it at its current price. Why should Cineplex lower the cost if they don’t need to?

Until the time comes that movie-goers finally take a stand and stop buying their popcorn because of its high price, sorry to say, but the prices aren’t going to change.

Yesterday my travel companions took me to the cinema to see Star Wars: The Rise Of Skywalker!⁣⁣ ⁣⁣ I absolutely love the music of John Williams! It was perfectly timed with the action to elicit an emotional response! He really is one if the best soundtrack composers! From Harry Potter to Jurassic Park to Star Wars, his music really brings the action to life! ⁣⁣ ⁣⁣ Oh, and the rest of the movie was good too…⁣⁣ ⁣⁣ #starwars #starwarstheriseofskywalker #cineplexvip #movienight ##travelbear #travellingtoys #plushie #teddybearsofinstagram #teddybear #followfinbar #plushphotography #plushiesofcanada #havebearwilltravel #plushiesofinstagram #handmade #handmadewithlove #plushiecommunity #theinstaplushies #stuffedanimalsofinstagram #theforceiswiththeplushies #maytheforcebewithyou

Recently, they’ve become one of the first cinema chains in the world to offer delivery of their popcorn and other snacks. They’ve partnered with Uber Eats, letting you buy their popcorn and get it delivered straight to your front door.

Can You BYO Food Into Cineplex?

Sorry to say – but it’s against Cineplex’s policy to bring in outside food. On their FAQs they say:

We do not allow outside food or beverages inside our auditoriums apart from reusable water bottles.

If you have special dietary restrictions, please speak with a manager on duty.

But hey, just because it goes against their policy doesn’t mean it’s illegal. Every day people sneak food into their theatres successfully, it’s up to you whether it’s worth the risk or not. It’s highly unlikely that they’ll search your bags or something like that.

Another reason why people complain about the high Cineplex food prices – at least let the people bring their own food then.

Yep! It’s been confirmed by Cineplex that their popcorn is vegan and contains no animal products. However, it’s not vegan certified as it may have come in contact with animal products in the manufacturing facility.

Hi Esther, Thanks for reaching out! There are no animal by-products in our popcorn however, it is not vegan certified as it may come in contact with non vegan items.

Cineplex is the largest theatre in Canada with over 162 locations across the country. And not only do they run the Cineplex Cinemas, they also own the brands Cineplex, Odeon, SilverCity, Galaxy Cinemas, Famous Players, and Scotiabank Theatres. That’s a lot of cinemas! 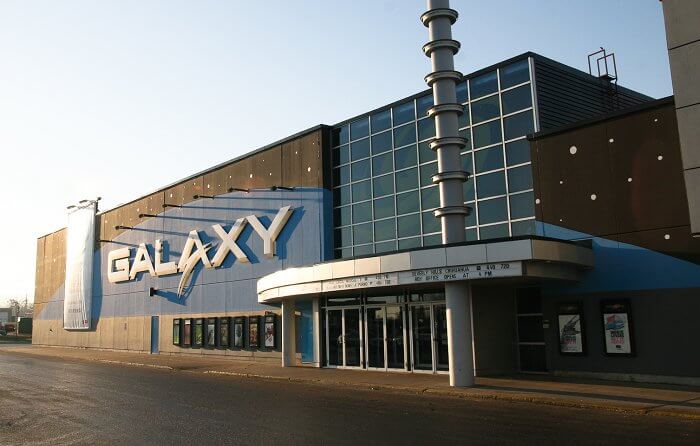 The original company was founded in 1999, and it’s been through a few name changes until now. From ’99 to ’03 it was Galaxy Entertainment, from ’03 to ’11 it was Cineplex Galaxy, and now it’s just good old Cineplex.

Over 10,000 Canadians call Cineplex their employer, making them one of the largest employers in Canada. Management oversees their operations from their headquarters located at 1303 Yonge Street in Toronto.

They’ve been able to maintain their strong presence and even grow, with continuous innovations to their entertainment offering. Some of their cinemas have the revolutionary 4DX technology, UltraAVX, and even the awesome D-Box. Here’s a little peek at the 4DX technology:

On top of that, they’ve recently started introducing more and more of their exclusive VIP cinemas. These special locations feature some of the comfiest recliners you can sit on and food delivered right to your seat coming from theCineplex VIP menu. If you haven’t tried VIP at Cineplex before, definitely give it a shot. It’s a bit more expensive but is well worth the experience.

Want to send their staff a questions about the Cineplex food prices? Feel free to reach out on one of their socials:

Otherwise, you can have a read of their FAQs to see if your question has already been answered. Lastly, you can use their store locator to find your closest cinema and give them a call directly.

All in all, Cineplex will continue to be Canada’s largest cinema chain so long as they keep doing what they’re doing – offering the latest and greatest blockbusters on the newest cinema technology.

Not all of us are fans of the Cineplex popcorn prices and other snacks they have on their concessions menu, but unfortunately, it doesn’t look like it’s going to change any time soon.

If you have any further questions about Cineplex or the pricing of its popcorn and drinks, leave a message below.