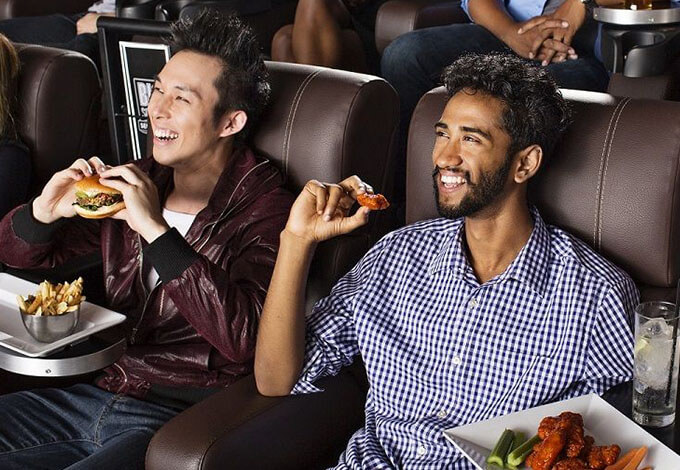 Cineplex is one of the largest cinema chains in Canada due to their successful ability to adapt. One recent move they’ve made has been into the luxury cinema experience. In particular, Cineplex VIP. Check out all there is to know about the Cineplex VIP menu and the overall experience below.

Here’s the latest Cineplex VIP menu along with prices:

Why Is Cineplex VIP Good?

If you’ve never been before, imagine you’re at your favourite restaurant, sitting in an ultra-luxurious recliner, watching a movie on the latest and greatest cinema technology. That’s what’s waiting for you at Cineplex VIP.

They’ve gone all out, sparing no expense in creating a movie-watching experience like no other.

Ringing out 2019 and welcoming 2020 with a cocktail. Happy New Years to y’all. Much love and may 2020 be filled with yummy good food @cineplexmovies

On top of the well-refined Cineplex VIP menu you see above, every location has a licensed lounge for you to grab a drink or two beforehand, reserved seating so you can pick exactly where you want to sit, premium in-seat service, and a strict no-children policy for ensuring no tantrums will ruin the experience. 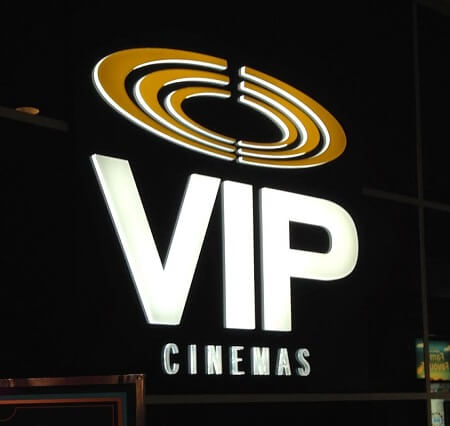 Entrance To A Cineplex VIP

At a few special locations around Canada, Cineplex has installed fully-reclining seats. Extend your legs and stretch out as far as you can without having to worry about disturbing anyone else.

Is the Cineplex VIP Menu Worth It?

Do you enjoy dining on quality meals prepared by chefs who know what they’re doing? Then the Cineplex VIP menu is for you.

Do you enjoy spending a little extra to bring your movie-watching experience to the next level? VIP’s for you.

Do you dislike having children fuss about and ruin your experience? Keep them out with VIP.

You get the gist. If you value any of the things that VIP’s able to offer, you’ll pay for it. If you don’t, you won’t.

I TOOK MY MOM TO SEE #HOBBSANDSHAW! IT WAS THE BEST! WATCH WHAT HAPPENED! #CineplexVIP #ad https://t.co/J1AaGsnNR9

If you want to be convinced by a cheesy commercial, watch this:

If you do choose to go VIP, you’ll want to know a bit about their famous menu and what’s currently customer’s favourites.

What’s The Most Popular Food On Cineplex’s VIP Menu?

Just like every restaurant has its most popular items people will come back for again and again, the Cineplex VIP menu is no different.

There are a dishes on the menu which stand out above the rest, with many diners praising their selection from the menu saying their food was fantastic.

Creole Shrimp Tacos Are A Favourite At Cineplex

First up – there have been a surprising amount of good reviews for the Creole Shrimp Tacos. If you’re down for a bit of seafood with your movie, consider giving this one a go. Of course, seafood isn’t for everyone so keep reading.

Play it a bit safer and give the Smoked Meat Slider a shot. Tender juiciness that’ll go extremely well with a glass of beer or cocktail on the side. Delicious.

All up, there are plenty of amazing selections to choose from on the VIP menu at Cineplex. If you’re unsure of what to go for, ask the waiter for their recommendations.

Fairly similar to the other upmarket cinema experiences, you’ll find the drink prices on this menu to be slightly better overall. Especially when compared to the AMC Dine In menu who have quite high prices for all their menu items.

As you’d expect, though, the candy is quite expensive, a bit over the top as well. You’ll be handing over more than $5 for a standard bag of M&Ms or Skittles. Something you could get for less than half that price at the grocery store. But, hopefully, you aren’t going to a VIP cinema to buy candy.

The price of the burgers are a bit on the high side, but the quality of them make up for it. If you’re up for something a little bigger than normal, definitely try out The High Stack. There are some seriously good reviews on it.

Where Are Cineplex’s VIP Cinemas?

If you’re all set on indulging in a little VIP experience, hopefully, you won’t have to travel to far to do so.

Here’s a list of all the Cineplex VIP locations in Canada:

If there isn’t one near you, get in touch with Cineplex today and demand they bring one! If they don’t know their customers want one, they won’t build it.

VIP Cinemas are still a relatively new concept. As their popularity has grown, it’s quickly been adopted by many of the world’s largest cinema chains.

Today, you’ll be able to enjoy the VIP experience at a movie theatre in nearly any western country. Although it won’t be a Cineplex outside of Canada.

If you visit a luxurious cinema in another country, you my be dining on the Village Gold Class menu or the Hoyts Lux menu in Australia, or the largest in the world – the famous AMC Dine In menu.

For Cineplex, the VIP experience first started in late 2012. Where some lucky Canadians just outside of Ontario were able to start dining on the newly created delicious Cineplex VIP menu whilst enjoying luxurious seating. 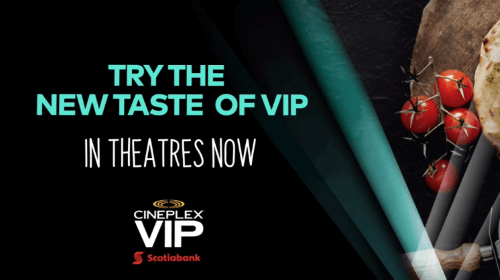 The VIP menu was well received by Cineplex’s visitors and you can now enjoy the experience at more than 20 Cineplex locations around the country (see the table above). It became so popular, that in 2014, Cineplex decided it was time to build its first 100% VIP only cinema. And they did it in Don Mills.

Expect Cineplex to continue expanding their VIP menu and locations as more Canadians become used to the VIP treatment. That, and it’s been one of the main drivers of bringing folks back into the theatres, instead of just sitting at home watching Netflix.

If you want to ask their staff some questions about the VIP menu, you’re best bet would be to send them a message on social media:

Not on Facebook or Insta? Feel free to check their FAQs to see if you’re question has already been answered.

If you do want to call them, find the closest VIP to you and call them directly. They’ll be able to answer your questions in the fastest time.

All in all, Cineplex has put a lot of effort into perfecting the VIP experience. Combining fantastic customer service, an adults-only licensed lounge, luxurious recliner seating, and a brilliant custom-designed Cineplex VIP menu to dine on – all coming together for a wonderful night.

Sure, the VIP menu at Cineplex may be a little higher priced than its traditional popcorn, but you’re paying for a completely different product. On another note, not sure how much their popcorn costs? Check out the Cineplex popcorn prices.

If you have any questions about Cineplex VIP menu, leave a comment in the box below.